Does the place where we live really matter? We constantly imagine ourselves as happier if we were in a different place. If we could be a local in a place where it never snows, or watch the sun set over the horizon while doing the dishes, or regularly play chess in the park with Parisian elders. Is the grass really always greener?

Now that the professional landscape allows you to work from anywhere given you have a laptop and a decent wifi connection, why not? But what are we actually chasing? By desiring these other places, what do we find in them that we don't already have? And more interestingly, what are we running away from? What's making it so hard to be content with our current situation?

"Part of the work of being a modern person seems to be dreaming of alternate lives in which you don’t have to dream of alternate lives. We long to stop longing, but we also wring purpose from that desire."
—Joshua Rotman for The New Yorker

(Trust me, this will make sense.)
I recently realized just how spiritual some quantum physics notions are. It's the first branch of science to establish links with ancient spiritual beliefs like the Dao (wholeness, totality) which always comes to us in the form of yin (passive, imminent) and yang (active, transcendant). The transcendant continually becomes the imminent. Just like in two-level reality, the world of possibility is constantly becoming the world of actuality.

In quantum physics, there's this whole idea of the "observer" and how quantum activity changes behaviour as soon as it's observed or measured. (I'm still wrapping my brain around the double-slit experiment.) So the observer holds a suprisingly active role in determining the fate of quantum phenomena, and of reality for that matter.

"The change of possibility into actuality is ultimately a change in the knowledge of the observer of what is taking place."
— Heisenberg

This sounds exactly like this idea that travel is the comparison we need to measure our lives. Travelling is what brings you, the observer of your life, that knowledge of what else is out there and is what makes the switch suddenly seem possible.

I was recently on a roadtrip in Portugal and experienced firsthand the striking fluidity and undeniable common-sense of roundabouts. Once you exit city centers, you can very conceivably cross the entire country without stopping at a red light once. Things like our American mind-numbing dependance on stoplights become so evidently wrong when you experience the alternatives. Travelling is, at least to me, a lot of comparing and complaining (don't come at me, it's from my Greek genes) because it shines a light on those things we didn't know we cared for.

It takes that distance, that contrast, to even be able to see them because we gain something to measure our life against. And the act of measuring, according to the Copenhagen interpretation of the double-slit experiment, was thought to collapse possibility space into a single reality; collapse between quantum and classical realms. So when we travel and measure our lives, we are turning possibility into reality.

I think it's about that sensation we have of feeling like we're slipping by unlived lives. All those parallel lives that result from that other career we didn't pursue, that other relationship we stopped working on, those other selves who made the choices we didn't, who walked through the doors we closed, ventured in the paths we dodged.

"But isn’t the negative space in a portrait part of that portrait? In the sense that our unled lives have been imagined by us, and are part of us, they are real; to know what someone isn’t—what she might have been, what she’s dreamed of being—this is to know someone intimately."
—Joshua Rotman for The New Yorker

Well maybe one of those selves has actually settled down on a vineyard type of land on the coast of Italy. Then our current self is just dying to know what life there is like. We quickly become convinced it must be better if not simply different. Our inherent human curiosity and novelty-seeking tendencies kick in and we consequently live in constant desire and dissatisfaction.

These unlived lives, what could have been, are the equivalent of quantum physics applied to human existence. My self in this life could already be there and happier. All I need to do is open the Schrodinger box, collapse the possibilty space into reality, to see whether I was right.

For the Sake of Human Imagination

Our parallel or alternate lives are already there, distributed across time and space, for us to seek and find the best one(s). Considering this, how could we not be curious about, attracted to, envious of this infinity of alternate lives we could be living. We are but living a single one of those paths, out of a literal infinity of possibilities. What else but be at least intrigued by what they could mean to us, the happiness they might be keeping from our current self and let that guide some of our decisions from now on.

The quantum state of our unlived lives vastly outnumbers the one we exist in. To a dizzying extent. Isn't it healthier to embrace this idea and indulge in its insatiable curiosity, if not just for the sake of practicing human imagination, than to repress or ignore it and settle for the sole odd life we happen to be living?

By Default: Choosing Not to Choose

How much of this is about place? About our geographic position? Which, let's be clear is a political, societal and ethical question at this point. What does it mean to move to another country? From afar, not much. Our blob of flesh still ends up running around in a similar-sized radius, just in new coordinates. But in the smallness of our life, it is quite a vertiginous endeavour.

The place where we're born is just one of the infinite manifestations our life could have taken. Because of our perception of reality and our linear sense of time, there had to be a single starting point —a default expression to our life. Yet that default wins so many people's whole lives over. But that should have been just to get us started. Just so we could pop into existence and join the game. It was never chosen, at least not by us. Then why do so many of us refuse to choose?

Yes, it's possible to choose to live in a place where we don't feel as ethically challenged by the choices presented to us. It's possible to deny the capitalist race to nowhere, and to live around people who choose life over work. It's possible to experience citizenship with slightly less awful corruption because for a little while, we simply won't notice it.

The default is just that —by default.

The default was never a choice for us to make. Let's at least observe, and measure our lives. Let's allow ourselves to make the future choices that can lead us to that place where the grass is greenest to us. By the power of the observer effect, we can redefine the manifestation of our life so that every choice is an expression of who we are, or better yet, of who we want to become. 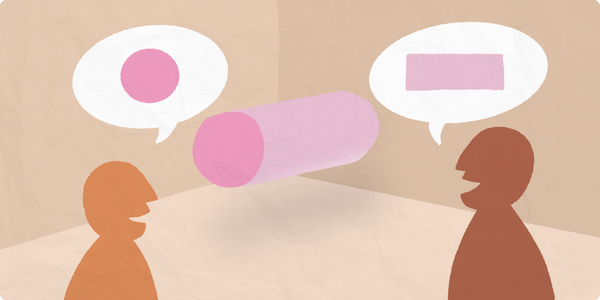 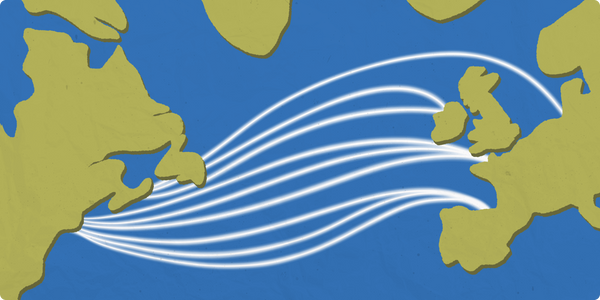