You might have noticed a recurring thread in my writing. Why am I so curious about potential? What in that concept excites me so much? I’m always thinking wait, what could this become? Whenever I discover or learn about something new, I instantly think about how it could be. Not necessarily how it could be better, but just how else it could be. How it could’ve evolved differently, how it would look different today, be perceived differently, and how it could continue to evolve in a different path.

Potential is present in all things. It’s the common denominator of everything that has ever been and ever will be. Potential is my favourite lens through which to look at the world to try and understand it.

I care about potential because since things exist, why not try and look at their alternative existences? I guess it’s not enough for me to look at a thing and appreciate it in its current state, I’ve got this obsession with wondering how it could be. What does that make me? Someone who’s never in the present? Never satisfied with just being? Someone who cognitively lives in a quantum state? I don’t know yet if it’s a good or bad thing about my personality. Also please rest assured, I don’t treat people in my life this way, at least not in a negative way that I’m aware of. This dimension of my brain rather manifests when I get ideas, learn new things, and explore my topics of interests.

To me, a thing exists in the present as much as its potential exists. Reality and potential fit in the same current bubble. The way I see it, looking at a thing through its potential is just that much more fun, inspiring, revelatory than looking at its present state. Because if you think about it, a thing’s current state is just one of an infinity of versions of it. It’s not because that version ended up being the one we live with in our world that it’s the best or most interesting one. I like to give as much time and attention to other versions; better ones and worse ones.

Technology's the big one for me. I’m obsessed with the Internet but I’m almost even more obsessed with what it could be. This little beast we take for granted —the Web— is an infinite well of potential. It already unlocked so much but if we were to start treating it differently it could be exponentially more impactful. I wonder what the Internet would look like if it were nationalized, I wonder what it would look like if it were truly decentralized, interoperable and purely semantic.

Or like our perception of reality. I’m no psychology expert but I know the way we perceive reality is very strongly based in our use of language and our sense of self. We perceive ourselves as individual little entities and use super limited codes to communicate with other separate entities. But if we were to switch something in our brain and could start to see ourselves as cells in the organism of humanity, boy oh boy. Inclusivity and empathy would be built into the way we are in the world. We would feel as one with others, with nature, with the universe, with everything. And if we weren’t limited by language, who knows how that would affect our notion of time, or our notion of dimensions. We might be able to perceive objects that aren’t in 2D or 3D space, maybe we’d have a "word" for specific chunks of space floating mid-air, and maybe they’d even have a really special meaning when we’re having conversations or who knows what else.

Or like capitalism, and the culture of work. Aren’t you incredibly curious to know what the 21st century would look like if capitalism hadn’t won? What we’d be doing with our days? How civilization would look like? Would we be as evolved, as happy? Would we be happier? In that version of humanity, could we even imagine this version? What if we hadn’t let money hurt Mother Nature so much? Or, equally, was capitalism the inevitable next step in our evolution? Is capitalism the best unfolding of our collective potential? It honestly doesn’t feel like it because so few of us profit disproportionately from this game we all play. From this myth we maintain; the myth of money.  This can’t be our final form.

Or the role of the design discipline. Is design’s potential being fulfilled? The design practice seems to be stuck in being considered a tool for business, a mere, flat, visual embellishment. But design is so much more. Design is a way to play with the future, to imagine fictions before we choose to make them real. Design could be used at such larger scales. We could be designing political systems, we could be designing communities like gardeners, we could be designing human nature intentionally through our institutions, we could be designing futures and a whole bunch of them so we know which ones are worth actually working towards.

Or the state of society. Our cities, our education systems, society as a whole surely can’t be fulfilling its true potential. Of course all these things interconnect and capitalism creates a lot of barriers for other aspects of civilization to flourish freely but still. The thought exercise of imagining car-less cities, children centered schools, a world government, medicine practices that treat the causes rather than the symptoms (which also has to to with language and our perception of time as a unidirectional line) just gets me going.

Even our sense of self. How little control we believe to have over our lives, yet how curiosity, reflection and intention can unlock so much potential happiness and meaning. Our lifestyle and habits are so often defaulted to what society ends up projecting on to us. Yet, we are incredibly complex creatures and to look inward and choose to manifest what we are and what we love is a world of potential that is often buried under societal pressures.

I could go on. But these are the main axes through which I like to examine potential. This is what I write about. If this resonates with you in any way, please come along. The more we are thinking and ideating about this, the likelier we are to find the one future that fulfills all these potentials.

Writing this piece made me realize how much this sounds like quantum physics. I’m pretty sure in another life I was related to that world. Alas, in this one, I’m an interaction designer and I feel like I need to write about the potential of humanity. Call me crazy but this is actually super fun and I’m glad I get to share these thoughts. Thank you for reading and if you’re curious about what other ideas I’ll have or want regular reminders to you yourself also consider things by their potentials, by all means, join me. 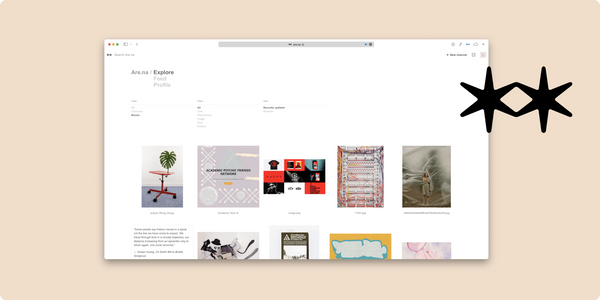 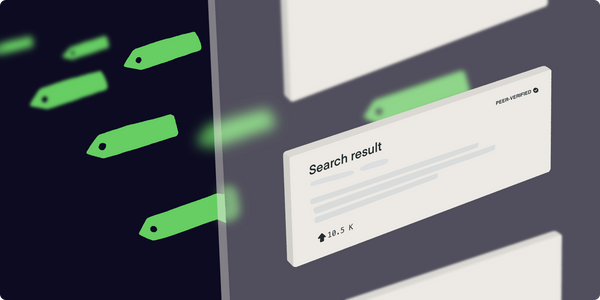 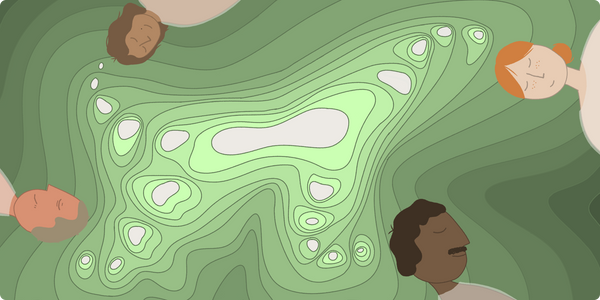 "[Imagination is] always accessible like a little Swiss army knife to cut through the fog of reality from time to time."