There is something I’m on to that’s quite untapped. Something I've been internally referring to as dynamics. I’m noticing a pattern in myself where I recognize such dynamics in a lot of what I read, think and write about. And by dynamics, I mean the relationship between things, the causality, energy patterns and effects that tend to happen between events, phenomena, philosophies at the cultural, societal and civilizational scales. These dynamics are like the laws of physics of human activity, social phenomena, and History.

It is key to understand things by their dynamics in a system, the place they occupy, the state they're in, and their effects on other parts. It's been helping me understand the world. There are some rules that never get overwritten, like how for every action there is an equal and opposite reaction, or nothing is lost, nothing is created, everything is transformed. If such rules are true for energy in the material world, why wouldn't they be in the world of ideology and culture?

I don't know if this has a name. It might just be systems thinking, complexity theory, some sub-branch of social sciences, or even behavioural economics, maybe. But it's so interesting that the events that happen in society, what people do, how societies evolve, how cultures emerge, might just follow the same rules as physics and thermo-dynamics. It’s like looking at laws of physics, but applied to the societal scale. The "study of the fundamental properties of matter and energy", but where the matter is ideas and information, and the energy is human activity and creation.

There’s probably already a science for that. And I feel there might be something here to do with cybernetics, which is a field I'm just starting to learn about.

From what I've learned so far, cybernetics is about governance (as in steer, navigate) and a lot about feedback loops. It also proposes that inside every system you find other systems. A widely used definition for cybernetics is "control and communication between the animal and the machine" (Norbert Wiener). And the way I like to interpret that is "action and response (so, interaction) between the human and the system".

As an example of an output of cybernetic theory, here's how Stafford Beer helped me understand the gap between facts and our knowledge of them:

Through this diagram, Beer explains our stop-go economy and how there's a delay between facts and information about facts. So when a population becomes informed that there is an imminent crisis, in fact, the situation has already started getting better, as we can interpret from the offset parallel curves.

It's such good practice to boil things down to their abstracted version where they become a movement of energy. It makes it easier to make sense of them while placing  them next to symmetrical or opposing mechanisms.

It’s amazing to see how these dynamics share the same patterns of back and forth or in and out or big and small, but they are true for such diverse applications. It almost feels like we could define a pretty limited set of these dynamics and potentially map everything that happens in the world to either one of them. They’re recurring patterns like those found in nature, but observable instead at the scale of civilization.

They are all patterns of energy, movements, flows, that recur over and over. They highlight the way things end up behaving when they’re observed for long enough. Can they become the basis for predictions? Are they trustable enough to define futures? Are they inevitable? Is there a finite set of them? How closely do they link to typical laws and mechanics of classical physics? In other words, am I really on to something?

"Dynamics is the branch of classical mechanics that is concerned with the study of forces and their effects on motion."
—Dynamics (mechanics) - Wikipedia

So there are forces, effects and motion. A lot of what I've been thinking and writing about these past months has surfaced "distancing" forces. Things that push other things apart. This resonates with Austin Kleon's idea of centrifugal and centripetal forces; how some books you read suck you in like a vacuum from other books while others spin you out towards other books to read next.

Here are some examples of distancing forces I've uncovered through my writing:

There are so many seemingly random or separate things like that can be related by the way they act on the world, by the dynamics of their impact. There's so much more I'm excited to get to through writing;

Everything is positioned in some way as to have an opposing force. How would we know joy if we didn't know pain? How would we know white if we didn't know black? I guess I like to find the opposite of things. I like the balancing effect it feels like. When you notice a thing and then understand its exact opposite, it makes you understand the original thing even better.

There’s always a second side to things, the other side of the medal. The positive and the negative, the good and the bad, the yin and the yang, chaos and order, entropy and calm. Entropy and complexity seem like they are the defining traits of the 21st century. There’s so much of everything that we’re seeing emerging movements of slowness, mindfulness, more intentional living, the comeback of maintenance and craftsmanship over unbridled consumerism.

There’s the interior versus exterior. Separation and boundaries in general. The strange versus the familiar, the calmness of the comfortable versus the agitation of the new. The inward versus the outward. Going inwards towards the self, the ego, taking in, versus going outwards towards others, helping, giving. The shown versus the hidden. Private versus public. The self versus the world.

The up versus down. Grassroots and emergence versus top-down hierarchies. The notions of power, authority and agency.

Work and rest. Lightness and darkness. Day and night. The cycles of seasons.

Complexity and simplicity. Chaos and order. Noise and silence.

Big and small. Limits and infinity.

Quantum phenomena. Unlived lives. Choices. Branching out, at every moment, into a parallel universe.

Past versus future, and how time is but a measure of change.

Things often get reflected right back to them. Like how the Internet is a mirror of society. Whatever happens in real life gets reproduced online and gets to live a new duplicate life. For example, the brick and mortar retail industry has a whole other digital equivalent with its whole set of complexities and behaviours and optimizations. I touch on the representation effect of the Internet in my notes from Magic And Loss by Virginia Heffernan.

Some things’ only raison d’être is to act like a mirror —or do we only notice they’re a mirror after a while? Why do things end up becoming mere mirrors of something else that already exists? What can we learn by appreciating something as being the metaphorical mirror for another? Maybe something happens to the dynamics of energy that helps us understand the original thing by looking at them in a new way, through that mirror. Maybe some things get lost in translation. Metaphors are really powerful. The saying "Life is like a box of chocolate, you never know what you’re going to get" basically reflects the unpredictable aspect of the nature of life. It doesn’t reflect back life as a whole, but rather accentuates a precise phenomenon of it, a single dynamic of it.

Metaphors for life. Language as the ultimate metaphor engine and writing being all up in that duplication effect.

“We write to taste life twice, in the moment and in retrospect.”
― Anaïs Nin

Observing dynamics gives us a new lens to look at things. It’s like observing a shape by observing its negative space on a canvas. If you invert the colours of a black and white image, you see its outline more clearly, you notice subtle crevasses, nooks and crannies you might never see in its normal form.

There's the observer effect in quantum physics, which I touch on in The Greenest Grass. Or how the first step to healing trauma is to observe and acknowledge it. Even more high level could simply be reality versus our perception of it.

What happens when you name things. The power of labelling, categorizing, putting things in neat little boxes. Our tendency to organize things in systems, and how things behave or how their behaviour changes once we perceive them as mapped in a defined system. The limitations of language. I go over this concept in The Word Meraki Shouldn’t Exist.

Synchronization, or how when things hang out together they tend to sync up. This can be applied to trends of all kind; fashion, music, culture in general. How apparently women who live together notice their menstrual cycles gradually sync up. Or how when you've just learned a new word you suddenly see it ten times more often in the following days.

Pulling things towards us versus things being pushed towards us. Attraction, law of attraction, manifestation. Owning, wanting, having. Versus being. The pure nothingness of being versus the insatiable want to have. And do.

In technology, this is the distinction between search and feeds. How we used to go to the Internet to ask it for things, and how now it is the Internet that comes to us with what it thinks we want.

The arrow of time, its rhythms and perceived speeds. Trends, where things are heading. Progress and innovation, versus retrograding policies. Growth versus degrowth.

Dynamics are a map to the energy that constantly moves in the world. Energy that takes many shapes like attention, money, love, anger. Energy, in this sense, is the primary matter of the world. It is what drives us to action, what moves us into the future, what defines our activity and the trace we’ll get to leave on Earth as a species.

Human energy, social energy creates all things. Energy has its own unique way of behaving. Or rather, universal ways of behaving —just like laws of physics. The ways in which energy behaves on objects and physical matter must be the same ways energy behaves at a higher scale, when it has effects on society and culture.

This dynamics thing is really the metadata level of all things. Instead of categorizing things by their type like politics, technology, sociology, we can look at them in this insightful new way which reveals how interconnected they truly are.

This might help determine what is driving change, what is confirming existing knowledge. What is drawing stuff closer, what is pushing things apart. What seems to always repeat itself, and at what rhythm. I'd love to map all these potential forces and start identifying the phenomena I learn about to them.

Imagine if we could draw this picture like an added layer, a cartography of logic over the world where all these connections can be surfaced. These causal relations, these forces and principles as an additional veil of understanding over the chaos and entropy of human civilization.

The work of a lifetime, if you ask me. 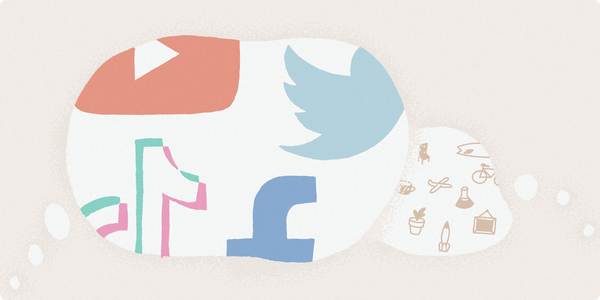 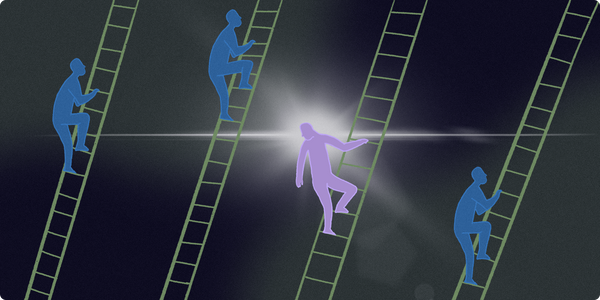 Why Do All Careers Eventually Lead to the Withdrawal From One’s Original Craft in Favour of That of Managing People?